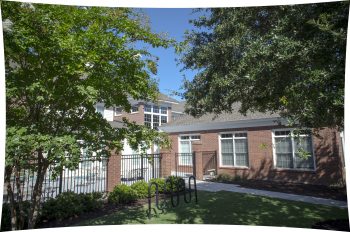 Columbia, SC – Hood Construction is pleased to announce the award of the Kappa Kappa Gamma house renovation and expansion project to take place this summer. The project, which was awarded through an invited RFP/interview process, will break ground in May and be completed late July. This fast-track project is not the first in the Greek Village for Hood Construction, who completed a renovation of similar timeline and scope for Kappa Delta just last summer.

The renovation and expansion, designed by Scott Lambert, AIA, NCARB, of Lambert Architecture, promises to provide increased kitchen and serving space for the members of KKG, while also expanding their chapter room and updating and relocating the house mother’s suite.